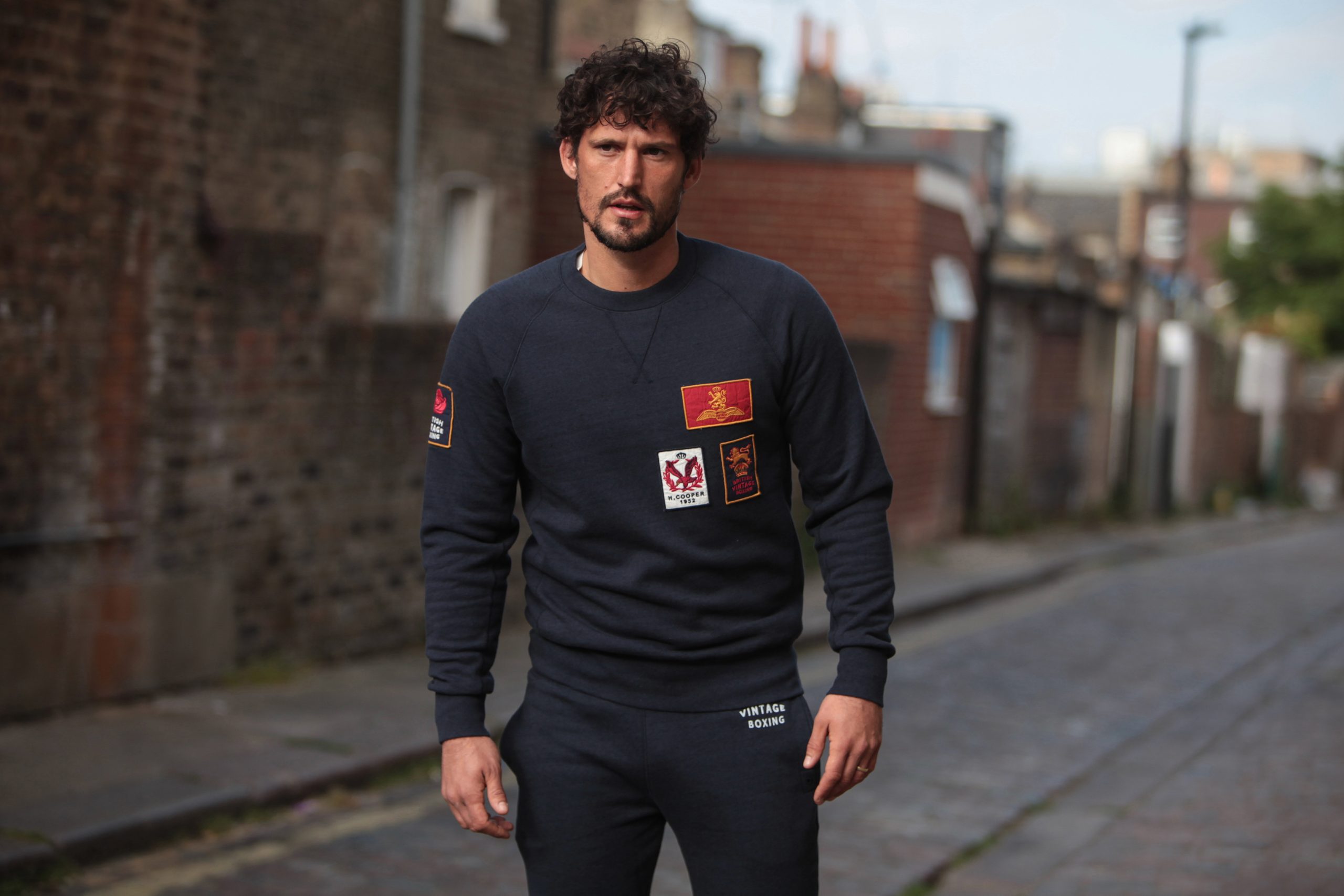 Old School is the New School! His name is ZEN Martinoli, born and raised in the city of London, UK. He was a fitness and boxing trainer for over 15 years. Reading and fitness are his daily priorities. He has trained 5-6 times per week for almost 30 years. Zen believes that to add a strong spiritual element to his day, he needs to take some time to mediate and read, just to remind him what’s important in life. He believes that we never stop learning and he founded a boxing gear brand that mixes premium materials, Portuguese handcraft traditions, an experienced design team and British boxing classic models.

Jabtojab: Hi Zen! Thank you for your time. I was browsing the internet and found your website. Your brand looks great. How all started?

Zen Martinoli: Thank you, much appreciated! We wanted to create a premium sportswear brand we felt boxing deserved, more elevated then anything we saw on the market – more reflective of the noble art. A brand that stood for brotherhood, respect, honour and integrity; sentiments that we champion and wanted to communicate through the narrative of stylish, authentic, made-to-last staples. Where old school boxing gym meets sartorial crossover into an affordable luxury casual wear.

Interesting… But why Henry Cooper, Ron Peck – Fighters? what do they represent for BVB? Everything began with Sir Henry Cooper, his effortless style during the early part of his career; his integrity, geniality and courage in the ring, he embodied everything we wanted reinvent, our mission was to redefine vintage for the modern man – that’s why we teamed up with the Henry Cooper estate to become the official licensee for Henry Cooper. We have a new range of Henry Cooper heritage style t-shirts being released at the beginning of April 2021 to celebrate our fourth year representing this British legend. Ron Peck we include on the website as his documentary ‘FIGHTERS’ was seminal for the time and the was the first of it’s kind to go behind the scenes and shed a light on the life of a fighter – highly recommended viewing!

Will check that documentary. Thanks. When speak about British design what’s so special about it? It’s not so much that’s it’s special we just wanted to emphasize that our design team is based in Britain and retains it’s authenticity, our garments are actually manufactured in Portugal, known for it’s rich tradition in making premium sweat fabric.

I’m Portuguese. Now you have my full support 🙂 What are the 3 BVB products that your most proud about their final result and why? Our original launch sweatshirt, the Queensberry Classic 1963, grey with red print really launched the brand and remains one of our best sellers today – the 1963 is an homage to Cooper vs Clay (Ali) 1963. After that our Bombardier range really took off, the Bombardier khaki patch sweatshirt and large navy graphic proved bit hitters, everything about the construction of the Bombardier style; reinforced stitching, side panels, eye lets, premium material – all old school vintage details couched within a modern shape – reflected what we set out to do.

Plans for 2021? We have big plans for 2021 – a lot depends on to what extent the pandemic and Brexit has, already we’ve seen lead times affected, which can’t be helped, but conditions aren’t preferable. Saying that, we have some exiting new ranges landing during March, April and throughout the year, expanding our offering and always seeking to explore new avenues.

You can find out more about BVB here!