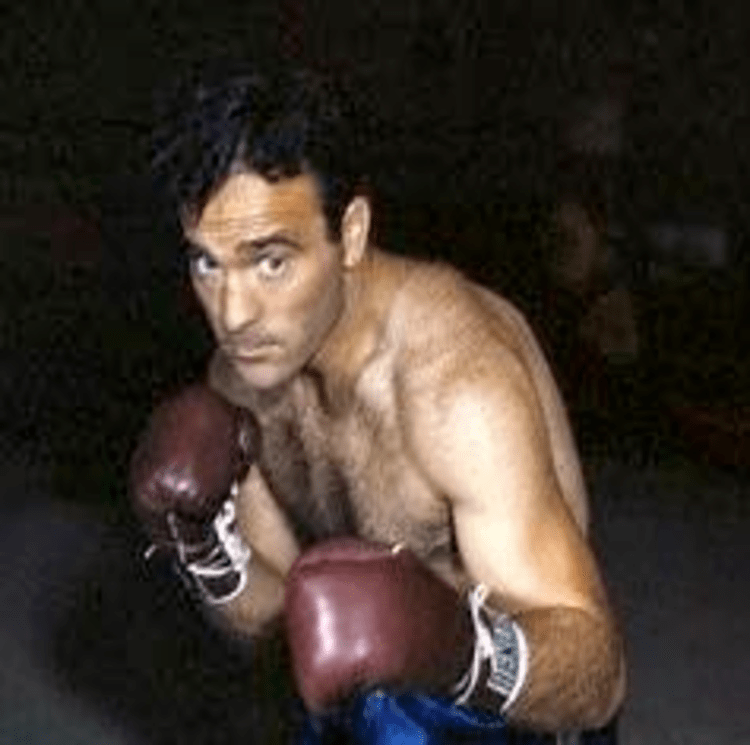 Ask today’s boxing fans to list some of the sport’s greatest middleweights and they’ll go about happily rhyming off names like Ray Robinson, Carlos Monzon, Marvelous Marvin Hagler, Harry Greb, and even Stanley Ketchel. All of those are deserving names; no arguments there. But if I told you that there was a middleweight champion who sported a ridiculous record of 113-4-0 (66 KO’S); with wins over people like Cyrille Delannoit, Dick Turpin, and Tony Zale, would it make you take a second look? What if I added that among his 4 losses, one was by retirement due to injury and two were by disputed disqualifications? He was actually beaten only once, by Delannoit; a loss he later avenged. Would that make you sit up and take notice? It should.

Marcel Cerdan was, perhaps, the first true “stylist” in the ring. Smoother than butter, Cerdan appeared to almost “shimmer” around the ring; seemingly right there in front of his opponents but in reality, just tantalizingly out of reach.  Shortly after he beat Cerdan for the middleweight title, when Cerdan had to retire from the fight because of a shoulder injury after being thrown to the canvas, Jake LaMotta, said, “Next to Sugar Ray Robinson, Cerdan was the best boxer I ever faced. He’s got a good chance of beating me in the rematch.”

Cerdan also had a chin hewn out of pure granite with a heart to match, and a hook that sounded like a cannon had gone off when it connected with his unfortunate opponent. He was the complete boxer, a foreshadowing of the great boxer punchers to come. Watching some of his tapes, I’m amazed at how he could rock his opponents off his wrong foot. He had tremendous power from all angles. At times, his skills elevated him to the sublime.

The Algerian born Cerdan, began his career in 1934, only a week after he turned 18. He won his first 44 fights (some historians say 47) before losing to the lightly regarded Harry Craster in 1939. Craster simply didn’t belong in the ring with Cerdan – and he knew it. Near the end of the fifth round, Cerdan landed an accidental low blow. Craster fell as if shot and many ring observers felt that he made no real effort to get up and continue. The scuttlebutt was that Craster saw a way to win the fight by disqualification so didn’t go out of his way to continue. The referee, under the rules of the day, had no choice but to disqualify Cerdan. It was the first of two disqualification losses in the “Casablanca Clouter’s” illustrious career.

Cerdan’s career was interrupted by WWII and he wasn’t able to resume his career until 1941. He wasted no time getting back on the winning track, reeling off another 28 straight wins until running into the tough Frenchman, Victor Buttin. He would lose by disqualification again but avenge this loss by knockout later in his career. Marcel continued his winning ways, finally wresting the European Middleweight Championship from Leon Foquet in 1947. A year later, Cerdan finally got his chance at the world title when he signed to fight the Hall of Famer, rugged Tony Zale. Cerdan went on to stop Zale in the 12th round of a brutal fight, and was finally the Middleweight Champion of the World.

Sadly, the ending for Cerdan would be steeped in tragedy. In only the third defence of his title, Cerdan injured his right arm in the first round. He bravely fought on one-handed against Jake, “The Raging Bull” LaMotta for another 9 rounds before his corner stopped the fight against his strenuous objections. Ever the warrior, Cerdan wanted to continue. Cerdan signed for a rematch but on October 28, 1949, Cerdan boarded a flight to New York to see the love of his life and his mistress, the French chanteuse, Edith Piaf. He would never make it as the Lockheed L-749 Constellation on which he was travelling, crashed in the Azores killing all aboard. France’s “strength” had passed. His funeral was attended by tens of thousands, including every imaginable celebrity. On the day of his internment, France and Morocco stood still, so great was their loss. Cerdan was described by Sugar Ray Robinson as being France’s “Babe Ruth”.

So to the inevitable question; how would Marcellin “The Moroccan Bomber” Cerdan have fared against today’s stars? Just fine, thank you! Not only are we speaking of a boxer with the rarest of things, the complete skill set, we are also talking about a soldier, a hero, a man with the heart of a lion, with a will to win, second to no-one. Technically, Cerdan was boxing’s first true boxer-puncher. As comfortable on offence as he was on defence, Cerdan’s specialty was to make you miss, then make you pay for having had the temerity to even try to hit him.

Against Hagler, he would have had his steel chin; against Monzon, his superior speed; against Ketchel, his power; against Robinson, his surreal footwork; against anyone else you care to name, his heart and will to win. 113-4, 4 professional titles, 1 world championship, only 1 actual loss and even that was seen as a horrific decision…these things don’t happen by accident. Marcel Cerdan was one of the all-time greats – hands down. He may just have been the greatest middleweight of them all.