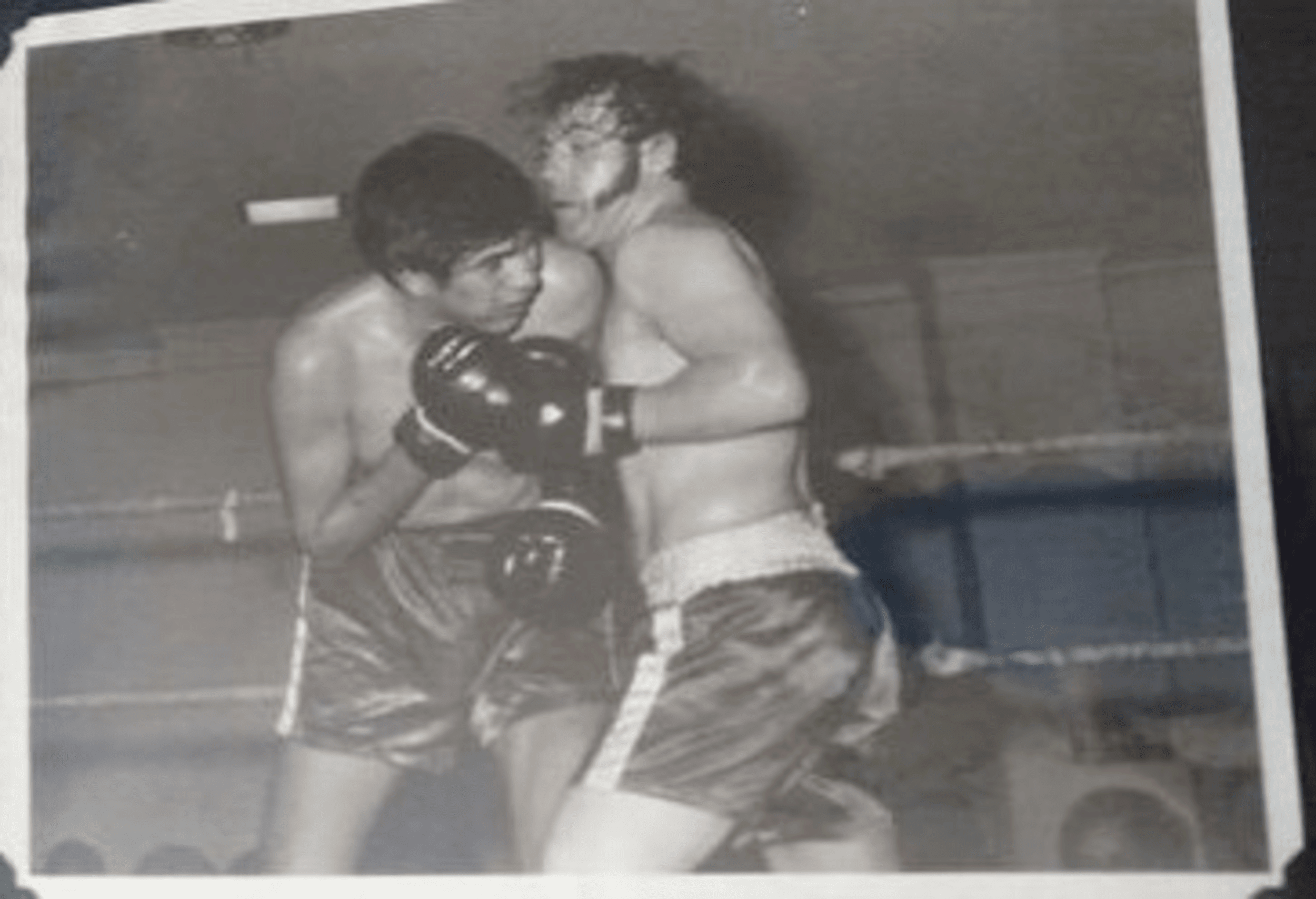 Marvelous Marvin Hagler, Muhammad Ali, Roberto Duran, Sugar Ray Robinson; do you recognize those names? Of course you do. We all do. Those are some of the greatest boxers to ever lace up a pair of gloves. They are heroes, national treasures, Hall of Fame members. But, they are also the exceptions.

There are somewhere between 20,000 and 25,000 licensed professional boxers worldwide today. If we allow for 20 top fighters in each of the 17 divisions, we have 340 fighters making decent money and with a chance to hit that “pot of gold” payday at some point in their careers.

The remaining 99% of boxers struggle. Boxing is a full-time job that pays part-time wages. It requires an unwavering commitment to training, discipline, sacrifice, and pain tolerance in exchange for a one-in-a-million shot at glory – and even then, that glory can be fleeting.

So why do it? Why participate? The answer is a complex one. It’s not enough to say that boxers box for the chance at that big payday. Most fighters know full well that they will never rise to that level, yet they persist. Why? Psyche is the short answer. Boxers are “programmed” to fight. Boxers are born, not made. Boxers fight as much for the roar of the crowd and the challenge of it, as for any other reason. Asking why a boxer fights is akin to asking why horses run. They just do.

The sport is also a business. It needs boxers in numbers to fill cards; especially undercards; and it is from these undercards that the future stars are found. So it is the everyday boxer, the “journeyman” club fighter, that forms the rank and file for these shows. Bruce Cantrell was one of these fighters. I had the chance to speak with Bruce virtually. Here is part off our chat.

Jab to Jab: Bruce, how did you get into boxing?

Bruce: Actually Dave, I was a late starter. I had asthma pretty bad when I was young. Couldn’t shake it at all. Then a boxer friend of mine suggested I try boxing, thinking the exercise would help. I was already 21 years old so I didn’t get involved initially thinking it might become my career. But I took to it like a fish to water. I was good right from the start. I was hooked. I wanted to be a boxer.

Jab to Jab: You only lost 6 amateur fights in 5 years with virtually no experience. Why do you think you were so successful, so soon?

Bruce: Two main reasons. One, I was a southpaw and that always creates problems for other fighters; especially inexperienced ones. Two, I came to fight. I didn’t care who you were, or what your record was, or anything like that. I fought like my life depended on it, so to beat me, you had to have the same mentality. That discouraged a lot of guys.

Jab to Jab: You started off your pro career like a house on fire. You won your first 10 in a row, then something changed. You started to lose fights. What happened?

Bruce: That’s also a two-part answer. Firstly, I was self-managed and trained for much of my career. I was known as a guy who would always give the fans a great fight. This made me popular with local promoters, etc. So I’d get a number of offers for fights and I took them all – even when I knew I was in way over my head. Secondly, I’d go anywhere for a fight. I’d fight in my opponent’s hometown on a moment’s notice. Problem with that is that I ended up on the wrong end of a lot of hometown decisions. Honestly, I figure I won probably as many as 10 of my fights that ended up being losses.

Jab to Jab: Your first loss was to…(I don’t get to finish the question as Bruce jumps right in.)

Bruce: Yeah! That was to John Mangum in Vegas. 10 round decision. It was an all out war. After the fight, I thought I had done enough to win but I didn’t get the decision. It was the start of a bit of a trend for me. Folks and pundits who watched that fight say that to this day, it’s the best fight they ever saw in Vegas.

Jab to Jab: Your biggest fight was against the legendary Vito Antuofermo. What was that like?

Bruce: Well, I think Vito thought he was in for a relatively easy night. I knew I was the underdog, but I didn’t care. I was a southpaw. I was in shape. I was strong. And I knew I could box. I decided to give it everything I had. I fought like it was “fight or die”. I was prepared to go out on my shield. Antuofermo was pretty surprised, I think. I lost a decision but I gave him everything I had. He knew he had been in a fight, that’s for sure.

Jab to Jab: Now you said you didn’t have a manager?

Bruce: Well, I had William “Pappy” Gault when I started as an amateur. He was a legendary bantamweight in his day and he gave me a great grounding in the basics. But as a Pro, yeah, I was mostly on my own. I’m pretty sure it hurt my career but I didn’t really have a choice. I didn’t have any money behind me so I couldn’t afford anyone.

Jab to Jab: I heard you almost fought Marvelous Marvin Hagler. Is that true?

Bruce: Yeah it is. I got a call from his people, I think in 1972 or maybe 1974. Hagler was an up and comer at the time. But they only offered me 600 bucks! 600 dollars to fight Marvin Hagler? I said “No way!” I asked for $1000 but they said, “No.” On reflection, I wish I had fought him now just so I could have had both Hagler and Antuofermo on my record. Hagler told me I was the toughest fighter he’d ever seen. I think that’s why I had trouble getting re-matches in my close decisions. Nobody wanted to fight me twice. (Bruce laughs)

Jab to Jab: What do you think of the state of boxing today?

Bruce: I don’t pay as much attention to it as you might expect. Most of today’s fighters are nothing compared to us old guys. There’s so much cheating going on. Performance Enhancing Drugs. Allegations against Alvarez, Mayweather, Pacquiao, etc. It’s just ridiculous. Plus there’s too many “champions.” Doesn’t make any sense.

Jab to Jab: You are particularly protective of Rocky Marciano’s reputation. Why?

Bruce: Man, I am so tired of people saying he didn’t beat anybody or that they were old or that he couldn’t compete today. People who say that know absolutely nothing about boxing. Marciano wasn’t big but he hit like a truck. A lot like Mike Tyson. Rocky just hit so hard, it didn’t matter how big you were, you were going down. Then there’s this nonsense about he didn’t fight anyone. He beat Walcott, Louis, Charles…all Hall of Fame boxers. They weren’t that old either. In their 30’s for the most part. Marciano is the only Heavyweight Champion to retire undefeated Nobody can take that away from him. Nobody should try.

Jab to Jab: Why did you walk away from boxing?

Bruce: I think it was several things. My style of boxing meant I got hit. A lot! I started to get hurt often. Went to emergency room after 7 or 8 fights in a row. I knew a couple of other guys too whose brains seemed to be kind of scrambled at an early age. I didn’t want that for me. I had three kids. It was time to get out. I was a machinist and I made myself a career out of that.

Jab to Jab: Final question, Bruce, who are your five greatest fighters of all-time?

With that, we bid each other goodbye and Bruce returns to his life as a retired, doting grandfather.

Bruce Cantrell is an interesting man. He’s full of passion and has a razor sharp memory. I’m impressed by the detail.in which he can recall every fight and all the minutae around his bouts and his life.  He’s mentally on point and has his physical health. It occurs to me that Bruce Cantrell is right, he got out in time.