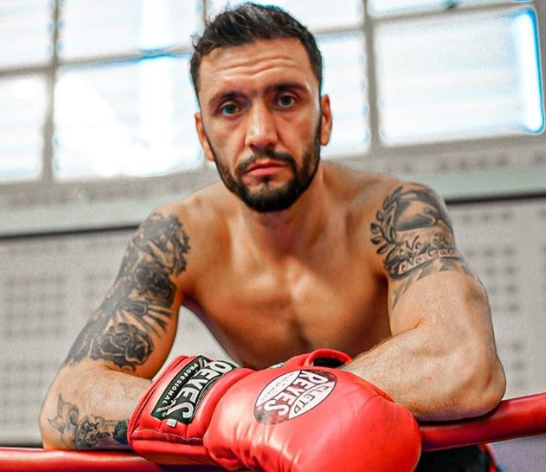 Bez muke nema nauke! Born and raised in Croatia, the 33-year-old Marko Calic turned pro in 2016. An amateur standout that has been representing his country in several competitions around the planet like World Series of Boxing or World Championships. One of Croatia’s most known boxers, he’s got an almost perfect record of (11-1, 6 KO). We had the opportunity to speak to him right after his last bout.

Jabtojab: Croatia! What a beautiful country and history! How is boxing evolving over there?

What pushed you to start a career in boxing? Boxing is what I do since I was 15 years old. My father is my coach so I was in the gym since I was a little kid, watching all boxers training. So, it was just a matter of time for me until started training boxing…I love boxing and this is what I do! I just like to do it because of the love for the sport.

What advice would you give to Croatian young men or women that want to become professional? What it takes to arrive to this level? It takes a lot of discipline and determination, a lot of sacrifice with “normal” life but at the end it all worth it if you really love the sport.

A couple of weeks ago you display, what have been so far, the biggest opposition to the young prospect Olympic medalist Joshua Buatsi. Takes us through that fight? From the preparation till the end. Joshua Buatsi is a true champion inside and outside of the ring. The fight was going good, I was winning some rounds but in round 5 he caught me with one shot and I broke my upper jaw and cheek bone. From that round on, he started to control the fight and in the 7th round my corner throw the towel because I couldn’t see on my left eye and Joshua was starting to box better and better… Preparation was going good, I was training well and everything was good, without any injuries.

How was the feeling of competing at close doors? the feeling of boxing without audience was fine, because I was fighting in his town, so I would be without my fans anyway 🙂

What’s next for Marko Calic? Next for me is first to heal my injury, I have operation so first thing is that, after that i’m going to train even more. Now i’m motivated even more to come back and fight again, against good opposition!