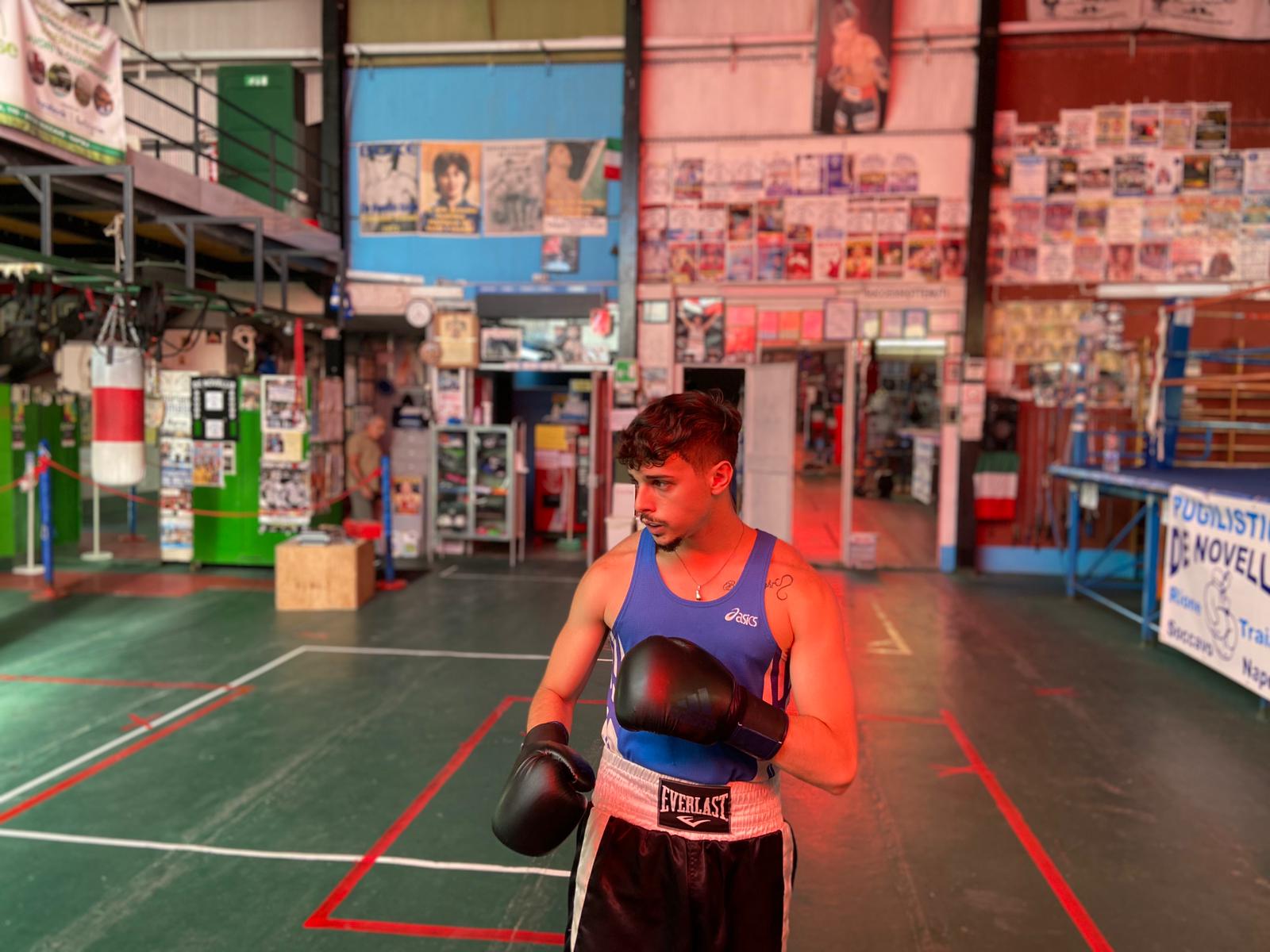 Buongiorno amici! His an 18 years old Italian boxer that arrive to us directly from Naples. Besides the fact he started not so long boxing, he show the enthusiasm of somebody that’s been training since he was 10!

When it happen your first contact with boxing? my first contact with boxing took place at the age of 6 when I was glued to the TV to watch the cult of all of us boxers and not: Rocky! The second contact happened with the mini bag and mini gloves that you buy for the children there I started to approach this world. I continued with swimming despite the difficulties and the now absent passion for this sport.  After these sixteen long years following a serious event that upset my life. (I risked losing my mother and my parents’ separation) So I decided to try the path of venting with boxing, and with all sincerity I can say that I would never have imagined becoming an agonist and getting to fight dreaming of the Olympics and becoming a professional .

How is your relationship with your coaches and colleagues when you are training? the relationship with my coaches, perhaps it is more than a relationship. They have practically become a family for me. They are points of reference, an outlet, where I can confide and ask for advice. At this point I would feel like saying that for me they are grandparents and perhaps even fathers. I’ve never met people like that. With my training partners there is a friendship not like the others. We have built a friendship based on respect and we have been taught to remain loyal and united to pursue in our dream. Because in the end it is so we all run towards the same goal.

my motivation to train is wanting to take everything that life hasn’t given me. I live in a difficult city: Naples is not easy to live. We live between alcohol drugs and organized crime.

What is your motivation for training? my motivation to train is wanting to take everything that life hasn’t given me. I live in a difficult city: Naples is not easy to live. We live between alcohol drugs and organized crime. I repeat it is not easy to live with it and not become one of them, especially when it seems to have no goals and therefore lets go. Boxing saved me, which gave me back hope and a goal. Now I have to fight with sweat and blood to get it.

Which is the boxer you like the most and why? my favorite boxer is Saul CANELO Álvarez barracan. It is the perfect example that in life sacrifices are repaid. He came out of nowhere, he worked hard and now we can said he is the current king of boxing.

And sparring? Describe us the feeling you have when sparring with your colleagues? well in sparring there is also respect, all in grit you put on gloves when there is a match, instead the gloves are a test, where you have to learn to manage anxiety and apply the techniques that are tried and tested in training. Also stimulating intelligence and imagination, because on the other hand boxing is imagination.

Did you ever participate in a boxing Event? How was the feeling ? this was the year of my debut, unfortunately the virus blocked everything, but my feelings are always the same. Indeed I am even more hungry for victory and I am more and more charged day by day

Besides boxing been a sport where we have lots of physical contact do you believe that if everybody practice, we will have less violence in the streets for example? I absolutely believe that boxing serves to calm and appease the minds, before I started I liked to fight on the street fighting and much more. Since I started training with a goal I feel calm and satisfied. I no longer feel the need to do something like that.

Boxing made me resurrect, my coaches reached out to me from the abyss and brought me back up.

Do you believed that who practice boxing becomes a better person in work, with family, friends? I can say it for sure!  Before I started I was falling into drugs in school and violence. All this made me feel bad and made my life wasted and useless. Boxing made me resurrect, my coaches reached out to me from the abyss and brought me back up. Now from the abyss however we aim for the stars and as my idol says nunca hemos tenido miedo a nadie!