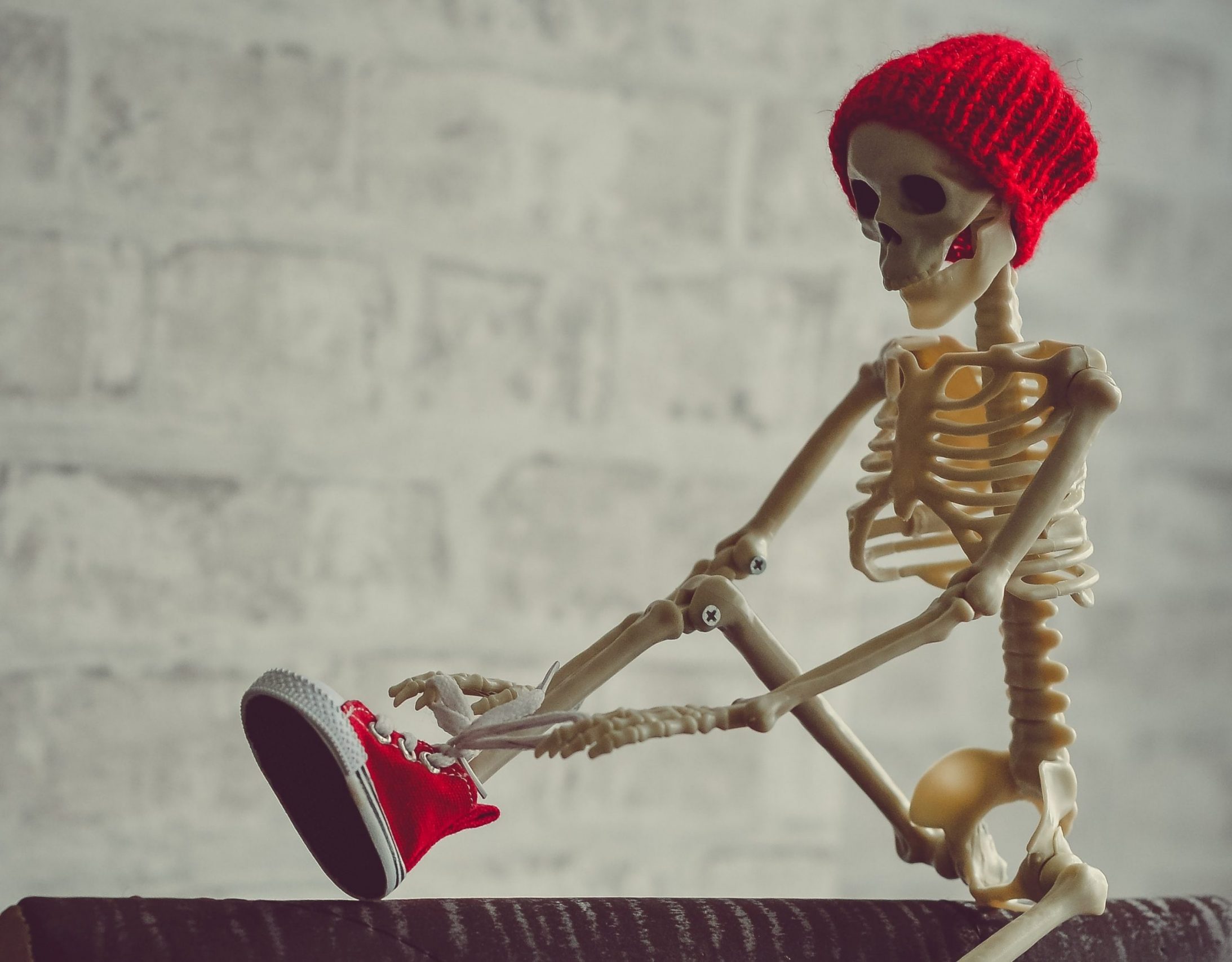 A Return to Normalcy?

Not every regional boxing body subscribed to either the WBA or WBC. A few remained independent; carrying on with their own ratings, sanctionings, etc. One of those independent bodies was the United States Boxing Association. The USBA had existed since 1977 under the leadership of gentleman by the name of Bob Lee. Lee, a lifelong resident of New Jersey, had been a boxing official in that state for much of his working life. He went on to become a Vice President of the WBA and in 1982, ran for the Presidency of that august association. Lee was defeated by Gilberto Mendoza Sr.

A few months later, in April of 1983, the members of the USBA, still under Lee’s leadership, and frustrated by the lack of an international governing body based in the USA, decided to create an international division of their organization. The International Boxing Federation had been born. It’s first President? Bob Lee.

At first, the IBF had little to no international credibility. It’s first world champion was Marvin Camel, the former WBC Cruiserweight champion. But both the division itself, and it’s champion, Camel, were taken lightly in boxing circles and the governing body struggled to gain traction. Then, the fledgling organization’s fortunes changed dramatically. In 1984, the IBF decided to recognize several boxers who were acknowledged champions by other organisations. One of those was the WBC Heavyweight Champion of the World, Hall of Fame great, Larry Holmes.

Holmes had been in a dispute with the WBC over his decision to defend his title against the unranked Marvis Frazier. The WBC refused to sanction the bout, instead insisting that Holmes fight their Number 1 contender, the late Greg Page. Holmes balked at the money the WBC and Don King offered him and went ahead against Frazier and above their objections. He won easily. Holmes was quite disillusioned with the WBC and shortly after the Frazier fight, he relinquished his WBC crown to accept the alternative championship being offered by the IBF.  Overnight, the IBF had won the credibility it so badly needed.

At this point, it appeared that sanity was starting a return to boxing. The IBF quickly established itself as a legitimate organization with reasonable champions, logical rankings, and rules that just plain made sense to fight fans across the world. The organization continued to grow in stature and reputation and even appeared to be on the precipice of becoming the definitive governing body in boxing.

That would all change as the 90’s drew to a close. In 1996, Michael Moorer, the then IBF Heavyweight Champion of the World, filed a complaint of bribery and racketeering against the organization. By 1999, a full- blown investigation into the IBF was in mid-stride when charges against its President, Bob Lee, his son, and various other executives of the body were brought. The allegations ran the gamut, bribery, fight fixing, ranking riggings, tax evasion, extortion and sundry other illegalities were levelled by the authorities. Fight promoters like Bob Arum and Dino Duva reported having to pay bribes to get fights sanctioned. Don King was even named as an “unindicted co-conspirator.” While many of the charges went unproven, enough were that Bob Lee Sr. was convicted of money- laundering and tax evasion and subsequently found himself fined and sentenced to 22 months imprisonment in 2001. The IBF had not only failed to prove it was better than the WBA and WBC, it had been shown to be much, much worse.

While this drama was playing out, there was another new organization fighting to establish itself, the World Boxing Organization. The WBO was an off-shoot of the WBA. It had come into existence in 1988, ostensibly because its soon-to-be members objected to some of the WBA’s rules – pure nonsense in this writer’s view. The real reason was something much simpler; greed, self-importance, a lust for power, and a love of money. The body was formed by a group of Dominican and Puerto Rican businessmen who quickly set about sanctioning “world championship” fights – and reaping the financial benefits thereof. The problem was that in order to set itself apart from other organizations, it needed different champions; but there is only so much championship talent available.

At times, the WBO got it right, recognizing names like Thomas Hearns and Doug DeWitt as its titleholders. But too often the WBO champions lacked credibility with other boxers, pundits, and fans. At a time when everyone who knew anything at all about boxing recognized “Iron” Mike Tyson who had so spectacularly dethroned Canadian Trevor Berbick in 1986, as THE Heavyweight Champion of the World, the WBO inexplicably ordered a fight between the lightly regarded Italian, Fransisco Damiani and the rugged journeyman South African, Johnny DuPlooy. No-one in the boxing family took this seriously. The unsurprising result of this was that the WBO struggled mightily to establish credibility.

Still, the WBO eventually began to make incremental progress. It began recognizing boxers like De La Hoya and Marco Antonio Barrera. It’s championship fights began to make sense and little by little, respect for the body grew. But every time it seemed to turn the corner, the WBO would shoot itself in the foot. A fight between fringe contenders would be designated a “championship” bout; fighters were stripped of their titles for little to no reason, and undeserving boxers were being ranked far above their ability. It would take many years for the WBO to receive wide recognition and, in truth, it’s struggles on this front continue to this day.

The inevitable result of all of this was twofold; a), fans began to lose interest as no-one could figure out who was a champion, who was a contender, and who was a pretender, and b), the door was wide open for even more governing and sanctioning bodies. In fact, it has become so bad that “The Ring” magazine, the “bible of boxing” began listing its champions and rankings. Ironically enough, it is “The Ring’s” rankings that carry the most weight in boxing circles.

This has helped fans and pundits immensely in terms of at least keeping the various characters in the play, straight.

However, the arrival of the other boxing bodies has not been helpful. Boxing has gone from 9 divisions with one champion each to 17 divisions with more “titlelists” than you can shake a stick at. Currently each of the WBA, WBC, IBF, and WBO has champions in every division. Additionally, newer organizations such as the International Boxing Organization, (IBO), International Boxing Association, (IBA), World Boxing Union,  (WBU),  and World Boxing Federation, (WBF)…among others, all also recognize world “titlelists”. I use the word “titlelists” because there can only be one world champion…we only have one world, after all. But join me in the math here, 17 divisions, at least 8 sanctioning bodies, that means potentially 136 different “world champions?” That is ridiculous on its face. All that it serves to do is greatly cheapen the title, “world champion”, vastly overrate some contenders in an effort to legitimize the endless title fights, pick the fight fan’s pocket by having an incalculable number of PPV events, and disrespect those boxers who are truly worthy of the title “world champion.”

More than all of this though, it threatens the very lifeline of the sport – the fans. Viewership of boxing has declined dramatically over the last 30 years. Champions have lost their near mythical status. Fights have become unaffordable for nearly all fans. And confusion about who is or isn’t a champion reigns supreme. The sport is slowly dying in the name of greed and arrogance. Can it be saved? I like to think so but there is only one way to do it. Governments must become involved. Boxing must become a sport and industry regulated by statute. There must be independent governing agencies and these agencies must in turn be subject to civilian oversight. The criminal element must be barred from even entering the industry. Judges and referees must be “blind assigned” – much like how jury pools are assigned, and be employees of the government; not of state or regional boxing bodies.

But above all else, there must only be one governing and sanctioning body. If these steps and others are not taken – and soon – the sport will die. Boxing’s mismanagement and disrespect for its own fans has been a boon to the growth of other combat sports. There’s a reason why the UFC and other mixed martial arts have had their greatest growth during boxing’s decline. The growth of these other disciplines didn’t cause boxing to lose popularity, these other disciplines took advantage of boxing’s lost popularity to grow. Boxing can be saved from itself, but the time to act is now.